The secret costs of not upgrading your hardware 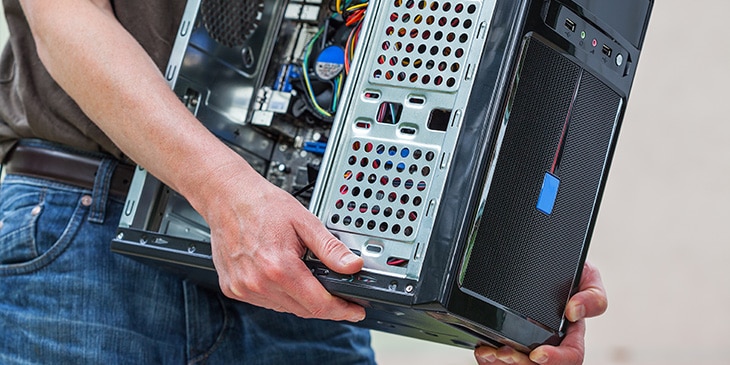 It’s easy to calculate the cost of new hardware or software. But there’s more to a business case than these hard costs. Delaying your upgrade cycle may save on these costs in the short term, but there are other costs that may start ballooning as your fleet ages beyond its end-of-life. Some of these costs – like the cost of a security breach or reduced productivity – are hard to quantify or predict, but that doesn’t make them any less real. So let’s go over some secret costs of not upgrading your hardware.

Every IT worker knows that older PCs take a lot more time and effort to maintain than newer models. Older computers have a higher failure rate when you’re rolling out updates. That leads to time-consuming and expensive manual resolution.

It’s ironic that old computers respond worse to new software, because they’re more used to receiving it. First, there are the inevitable patches, which could be required anywhere from three to five times a month, then there’s the accumulation of unauthorized or non-standard applications. Put them together and you’ve got a recipe for poor performance and more time spent fixing problems that needn’t have occurred.

Let’s face it, even solid-state hardware fails. And despite modern computers having few, if any, moving parts, they still break down and they still need hardware repairs.

Intel suggests treating your PC fleet as a strategic asset and putting in place a regular upgrade cycle to ensure peak performance and maximize efficiency, referencing a Techaisle study that found the cost to repair an old PC could exceed the cost of replacing it.

When a computer isn’t performing well, neither is the person operating it. The same Techaisle study found workers lost more than one working week per year because of old PCs. This includes the cost of the time out of service for maintenance, repairs, and security problems.

Not all technology improvements are immediately noticeable. Most employees won’t notice that their newer, more efficient PCs consumer less power than the old models they replace, buy your CFO will see it in your electricity costs. Such savings can range from thousands to tens of thousands or even hundreds of thousands a year depending on the size of the fleet.

Optimizing your refresh cycle makes for more productive employees, a healthier bottom line, and it’s good for the environment, too. That makes it worth taking the time to consider all the numbers.

Request a Free IT Analysis Today